How To Stop An Argument Transcription

0 (1s):
Hi there and welcome to changeyourlifeforever.co.uk. It’s Scott, Your host of the podcast talking. And today we’re going to talk about how to stop an argument because generally, arguments are futile, right? They’re pointless, you find yourself talking to somebody and you’re just getting more and more irate and the more that you engage in the argument, the worse it actually gets, and kind of what happens is you get into a tit for tat relationship where they may say one thing, you say another thing.

0 (35s):
And then all of a sudden, you both got your backs up. Your both getting upset and you can’t talk about things properly. You probably go away not talking to each other, and that can happen in a relationship or it can also happen with your friends, with your family, with everyone else. Sometimes those arguments just come from nowhere. You know, your in a bad mood, you’ve had a bad day, you come home, you take it out on someone they retaliate, and all of a sudden you find that your in a battle with somebody, and it’s a battle over words and you know, everyone is getting upset and no one really takes control of the situation.

0 (1m 12s):
So you know, it doesn’t matter who you are, at some points in your life, you are going to end up arguing with people. And if you can learn how to have a conversation with someone properly, it really will help you out. And I know, you know, me and my wife are absolutely in love together, but occasionally we don’t see eye to eye and that’s okay. It is okay for everybody to have that freedom of speech, to be able to express how they feel and what their thoughts are about things.

0 (1m 43s):
You know, we have a very different way of parenting and I don’t see my kids very often. So when I see them, I’m more about having fun with them, rather than telling them off, but my wife is more into, you know, they should have rules, they should help. They should have manners. And my kids have got all that. But if they slip up I generally, you know, overlook it, let them get away with it. And sometimes you just end up getting upset with each other. And when you get upset with each other, anything can happen.

0 (2m 14s):
You are going to stay stuff that you don’t mean. You are gonna say things that you can’t take back, but not only that, you will convince yourself that what you’re saying is right and that the other person is wrong. So the way that I deal with this is kind of, you don’t get sucked into the conversation. You don’t let anybody pull you into that argument and what you need to do is sit there and listen to people.

0 (2m 44s):
And I learned this a long time ago. Then, when you have angry customers over the phone, they phone you up, their really upset, their really angry. You know, they know that they haven’t got their product or the product is broken or they’ve had bad customer service or whatever. And they just want to shout at someone, they just want to argue with someone for the sake of arguing and to get their point across and the way that you deal with it. It’s just about being nice and understanding where they are coming from. Everybody has thoughts and feelings. Everybody has their own ways of dealing with things.

0 (3m 17s):
If you can empathize with this and look at it from their perspective and actually sit down and listen to what they’ve got to say until they finish, then you can try and help them with that conversation. And you can try and nurture them, to, you know, well, I didn’t see that from your perspective, I didn’t understand you were feeling that way. What can I do to make it better for you, what can I do to make the situation better? And when you don’t take things personally, it’s much easier to deal with because if you’re a good person, if you’re a kind person, and if you are trying to do your best for the people, you know that you are there to try and help them.

0 (3m 58s):
You are there to try and make them feel better. You know? And, and sometimes teenagers come in and they have a good day or a bad day, you know, one minute their lovely, the next minute they hate you. And if you engage in that conversation at the time when they don’t particularly want you around, or they don’t want to hear your advice then you are wasting your words, and you’re wasting your time and all your doing is created an atmosphere whereby they won’t come to you in the future. They won’t trust you and your relationships with your partners.

0 (4m 29s):
And that sense with your kids will just fall apart. So the best thing that you can do is just sit and listen. Don’t interrupt them, let them fumble around, let them say what they’ve got to say. Don’t take it personally and then sit back take a pause. And rather than telling them that they’re wrong, that they shouldn’t feel like that. But you know, the world isn’t against them and all that sorta stuff just ask them, how can I make this better for you? How can I turn this around so that you will feel better?

0 (5m 4s):
And they might not be able to tell you they might rant again. But when you learn to just relax and not take things personally, you won’t retaliate. You won’t make that argument any worse than it already is because arguments do cause problems and they are not worth it. They’re really not worth it. And if you find that you get sucked into a massive argument just put a pause on it and say, this isn’t the right time to talk about this.

0 (5m 34s):
Can we sit down in a nice environment, go for a walk, and have a conversation about it, where both of you are taken out of that environment. And you can discuss things properly. Because if you love your friends, if you love your partner, if you love your kids, you don’t want to cause them harm. You don’t want them to be upset, but sometimes people do things wrong. And sometimes they will blame anybody and everybody around them because they won’t want to accept that blame themselves but if you can make them see that what they’re saying is wrong, then they will see it for themselves.

0 (6m 14s):
It’s not your job to tell them sometimes if their being rude or whatever just say, you know, look you’re being rude, I can’t talk to you at the moment, wait until you have calmed down. And I’ll talk to you about it a bit later, but it’s really hard not to get sucked into that. And that’s why you have to be calm, you have to be patient and you have to give people time. And when you understand the full story, you’ll find that when somebody repeats what they are angry about.

0 (6m 44s):
It will start to not make sense in their own mind. It’s a little bit like when you’re drunk, right? You can’t be wrong when you are drunk. When you’re drunk, you are the rightest person on the planet, and then you wake up the next day and go, Oh my God, did I really say that? Did I really do that, but that’s the same in everyday life when you get a bee in your bonnet, you want to take it out on somebody. You want to get that frustration out and I was laughing the other day because some guy on LinkedIn was looking around and, you know, COVID has been really hard for a lot of people.

0 (7m 16s):
But he said he got so frustrated at the breakfast table. He got so irate that he had to go out on his bike. Then he explained why he was irate and the reason he was irate and unhappy was because of how much milk his son had put on his cornflakes. That just shows you sometimes, how irrational our behaviors can be. How irrational we are, when we want to take something out on someone, that we wanna blame somebody else for our mood, and that’s generally what people are doing there just taking it out on you.

0 (7m 53s):
But when you can sit back and not take it personally and go, have a think about this? Come back and talk to me later. We can have a good discussion. We can work out the best way to move forward with this. Then things will work out. Things will get better and you will have a good understanding. And you’ll also earn each other’s respect because life is a compromise, right? You’re never going to have everything, that you want. You are never, always going to get your way. And the world is a big place.

0 (8m 23s):
And there are lots of different people out there with lots of different cultures. The way they’ve been educated has been different, but everybody wants to be loved. Everybody wants to get on with each other. That’s how we help each other through life. So don’t get sucked into an argument. And if you want to stop an argument straight away, just put the breaks on pause it and ask the person, you know, can we discuss this later. It’s not the right time at the moment, but just don’t let yourself get sucked into the tit for conversation where you’re gonna upset each other, where you both going to come away, not talking to each other and not be happy.

0 (9m 2s):
So just relax, be calm, and deal with it in a really good way. And that’s all I’ve got to say today on how to stop an argument. And if you’d like to join me on the transformation journey, where I’ve got lots of helpful videos to help you live a better life and, you know, enjoy yourself and be happy in life, they can come and join me through the video below this post.

My Top Tips On How To Stop An Argument

Frequently Asked Questions On How To Stop An Argument

There you go that is everything I have to say on how to stop an argument in its tracks. If you like what I say then do joing my program below and we have a laugh along the way. Wishing you all the very best Scott 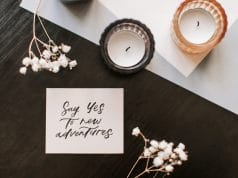 The Two Secrets To Life – They Are Not What You Think 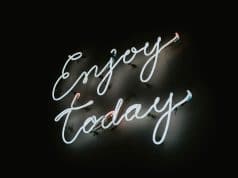 Making Sure Life Is Enjoyable Every Single Day 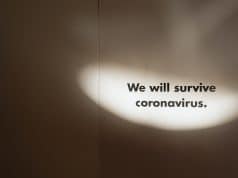 Why Helping Others Will Change Your Life Too

5 Self-Improvement Habits to Build in 2021

The Two Secrets To Life – They Are Not What You...

You Deserve To Live A Happy Life – You Really Do