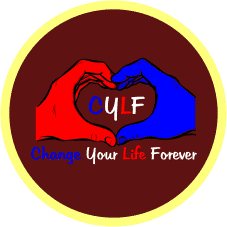 Take Responsibility For Your Life And Stop Passing The Buck Transcript

0 (1s):
Hi there and welcome to changeyourlifeforever.co.uk. It’s Scott, your host talking. And today we’re going to talk about Stop Passing The Buck And Take Responsibility In Life because I think at some time or another, most of us through life have blamed someone else or blamed something, or kind of looked at a situation and went it wasn’t me, and I remember when I was a kid kinda anything that went wrong went wrong, my mom would in the room room and say to my brother, did you do that? And he’d say, no, it was Scott.

0 (32s):
It was him mom, honestly. And he would refuse to admit or take responsibility for what he had done wrong. And he consistently blamed me all the way. It was always my fault. And it’s quite funny because the thing most people do that because excepting that you’ve done something wrong is really, really hard for people to, to do. Because you think that your gonna get scolded, or you think that you are going to be in trouble for something so people hide away from those problems?

0 (1m 4s):
And it is quite easy if you stop passing the book, because when you take responsibility for what you’ve done, you can work out what went wrong. You can look inside yourself and say, yeah, I did that wrong. Oh my God. You know, I made a massive mistake, but I stick my hand up and I won’t ever do it again, and people will help you. And people would rather know the truth than they would if you to actually passing the buck and not taking responsibility for your life.

0 (1m 35s):
And kinda there’s more examples. You know, I work with lots of big industries and kinda they bring out lots of different solutions for how to manage projects and programs like waterfall and agile and when it comes down to it, most of those individual teams work in silos. They work individually. They don’t work together as a team. So when you get them handing off from one team to another, there’s things that are wrong, dates that aren’t delivered, generally what happens is one group will blame another rather than working together.

0 (2m 9s):
And working out where the problem is where things went wrong they actually just blame each other. And that means that passing the buck somewhere else means that things don’t get done and things over run. And it just creates a massive horde of problems. Whereas if you get the team’s to gel together, working together, like you would in a football team or rugby team, you know, you chuck the ball to someone. If you throw a bad ball and they drop it, it’s not their fault for dropping it. It’s your fault for not passing the ball in the right way.

0 (2m 43s):
So I think when you look at life, if you can look at it and you can say, yes, I will take responsibility for this. I own this. I own everything that I do. And when you make a mistake, when you do something wrong, you can put your hand up, you can admit it and you can feel safe knowing that the outcome will be a better outcome than it would be if you hide away or blame someone else. And we all do it. It’s like, in families, , we can blame each other for different things that happen.

0 (3m 15s):
You know, someone’s smashed a dish or, something didn’t get done. And all of a sudden we’re blaming people within our household for stuff that is going to make them feel horrible. And if you have ever been blamed yourself, you will know how horrible that feeling is, you will know what it’s like when you’re waiting for somebody to find out what you’ve done. And then probably punish you for it. But, if you work on the other way and you put your hand up and you take responsibility for that, and you’ve don’t pass the buck, then things will work out better.

0 (3m 48s):
Saying that, I remember when I was a kid, as well as I was playing football or in the house, bit stupid really, to be honest, and I kinda hit the ball and it hit the telly. And my mums statue on the top of the tele she’d saved up years for it was her most precious thing fell off the tele smashed on the floor. And when she come in I ran straight up to her and i was crying my eyes out. Mom mom, I’m really sorry. I’m really sorry. And she was like, wow, have you done? What have you done? And a one man. And she was angry because I admitted what I did.

0 (4m 19s):
She didn’t punish me. She understood. She wasn’t very happy about me playing it football in the house, but you know she understood and she was grateful that I came forward and actually told her because I could have just glued the tail back on it and just left it and hope she didn’t notice, but that’s kind of deceitful. And when you take Responsibility the punishment, isn’t as bad as you think it will be. But if you pass the buck to somebody else and you blame that other person you’ve got the guilt of knowing that person.

0 (4m 53s):
Actually hasn’t done anything wrong. Anyway, it wasn’t their fault and communally, whether we’re in a family, right? Whether were at work, we should all work together. We should help each other. Our job is to make our lives better to support each other. To big each other up, to make sure that we as a family or whatever work together. We understand each other where empathic to each other, there are no secrets. We kind guide each other in the right way, which means that when something does go wrong.

0 (5m 26s):
You just need to learn to stop passing the buck, suck it up and take that courage inside to go, I’m really sorry. It was me and then later on you take responsibility for your actions, you make sure that you never do it again and you learn from your mistakes, but you really do have to make sure that you are taking that responsibility because that doesn’t sit with anyone else. It will make you become a better person by understanding what you are capable of, admitting things.

0 (6m 0s):
You also don’t get that intrusive thought problem where your then going away thinking about it, Oh my God, I did this today and I blamed someone else. And what happens if someone finds out, because all those thoughts that you have in your head just coincide to an increase bad mental health issues, stress and anxiety and everything else, but its forced upon us when actually what we should do is keep hold of that book ourselves and go, yeah, it was me.

0 (6m 31s):
I am so sorry. What can I do to make it better? What can I do to make sure that the outcome is a better one and that is by admitting it. And it is by sticking your hand up. And when you’re at school, as well the teacher would go, who did that and everyone will go It wasn’t me, but it was someone. And then everybody gets detention or whatever, just because somebody’s threw a book or made a noise or, or whatever, because no one likes to take responsibility when they’ve done something wrong.

0 (7m 2s):
They may think it’s funny when they do it in the first place, but then they’ll pass the buck to someone else to say it wasn’t me miss. It was them. Or it wasn’t me mom. It was them. And that just leads to a pathway where you are avoiding taking responsibility yourself. And if you can learn to be told off, if you can learn that it’s okay to do things wrong, then you will avoid a load of stress and a load of anxiety. And I know my son he’s got great manners he’s a lovely lad.

0 (7m 34s):
And I adore him and you know, the other week he kind of spoke out of turn to my wife and I was like, hold on a minute. That’s not you. And I took him upstairs and I said, do you think that was like you normally act, and he said NO it isn’t dad but I’m under a lot of stress. I’m having all these problems. And you know, I just took it out on Caren and kinda it made him realize and take responsibility for his actions.

0 (8m 6s):
He apologized straight away because he knew that he was in the wrong, but he’s never liked being told off. So the way that I have to approach it with him is by having a conversation trying to understand emotionally why he did those things, what was it that made you pass that buck and take it out on my wife? You know, why did you do that? And not in an aggressive way, but in a way that he could simply understand why not taking responsibility for his actions would have worked out worse, because if he hadn’t of admitted it, then I probably would have said you’re being rude and I don’t want you to do it again.

0 (8m 43s):
I am not happy and everything else. And when you are assertive to people like that, they do feel as if they are being cussed. They do feel as if they’ve done something wrong? So it’s about nurturing that out of people. So you can make them feel that they don’t need to pass the buck. That they can take responsibility because life is about growing and it’s about finding out more about ourselves. So it make sure that you’re not passing the buck on to anybody else, take responsibility for your own life.

How To Stop Blaming Others Top Tips

Frequently Asked Questions About Passing The Buck And Taking Responsbility

So that is everything I have to say today on passing the buck and taking responsibility for your own life. I hope you liked it and please do join me on the transformation program below for more interesting stuff about life, happiness and living a great lifestyle.

Potential Obstacles New Mums Should Be Aware Of

3 Things that Will Make Living with Diabetes Easier