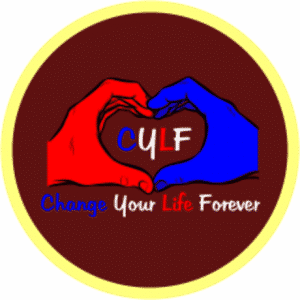 This is the fourth video of the training course “What If Everything You Thought Came True” if you haven’t signed up for the 60 day program yet you can by going to this link https://changeyourlifeforever.co.uk

Please feel free to share or leave comments below.

Welcome back. (Laughing). So yesterday, I said it was video four, and I got it in the wrong order, and it should have been video three. So, today’s video three, but we’ll call it video four. Okay? So, I don’t get confused.

So, this is day four. It’s the fourth video anyway. So, this one is all about what if everything you thought came true, but let’s just recap on yesterday, yeah, because we were on about crazy thoughts, yeah, and, and they aren’t nice and, in all seriousness, yeah, they can set you off all day for sure. But it’s like with a child. You know when a child starts screaming, and, you know, they’ve hurt themselves, if you distract them and say, “Oh, look at that pig in the sky,” they’ll look around and they’ll start laughing eventually. Might not do it straight away, but they will because distraction techniques really work well, yeah.

So, whenever you’ve got them crazy thoughts coming into your mind, distract yourself with something funny, something crazy and just switch your thinking, yeah. It doesn’t happen straight away, but it will happen over a period of time. The more that you practice it and the more that you’re aware that you have got an option to switch your thoughts when you start thinking those things it works, so give it a go. Yeah?

But today is all about what if everything you thought came true? And you know I like giving examples, so, uh, let me give you the most recent one, yeah? So, kinda the, there’s a lot going on at work at the minute. It’s really, really pressurized. Yeah? Really, really important time at work and a lot of people have come down with stress. So, uh, the boss phones me the other day, and he says, “Scott, you know, we’ve got all these people awfully stressed. Make sure you don’t go off your okay aren’t you,” and I said, “Yeah. You have got more chance of me falling off me mountain bike.” Yeah? Now what happens? Two days later, the face plant happened. Yeah. (laughs) I had to phone my boss on Monday and explain to him. Now, unfortunately, I must have jinxed myself. Uh, you remember that word? Jinxed? Yeah. (laughs) We can do it to ourselves quite a lot, yeah?

Would you say, you know, uh, “I’m a gonna go lose all my money next week.” No. You wouldn’t say that either because, if you knew every single thought about you have in your mind could come true, you would do anything you could not to think bad things, not to think anything bad at all.

And that is, to some degree, the way that the law of traction works, and I’m not gonna go into that now ’cause that’s another topic later on, and this is a step-by-step process, but just think about it, guys. Sometimes just thinking about things that you say, things that you do and how they connect to your real word, yeah. How they connect to your real world.

I’ll give you another example, yeah. Uh, my wife, big horse lady, always out on a horse, always out until she was quite pregnant, as well. Very safely, by the way. But, uh, we went into the hospital one day. She was perfectly fine. Just for a routine checkup ’cause the doctor’s wasn’t open. When we got there, uh, we found out that she had low blood platelets, and that my daughter was the wrong way round, as well. So, she immediately got kept in hospital, yeah? What was her biggest fear about having a baby? Her biggest fear was that she wouldn’t be able to ride her horse, that she wouldn’t be able to get on that horse immediately after she’d had that baby.

So, the next few days were a nightmare, yeah. My wife got rushed off. You know, the, she had a cesarean under morphine because she couldn’t, give birth naturally, but she couldn’t have, uh, normal drugs because her blood was too thin, so she had to have an operation. She was really, really ill for a few days. And then my daughter was born. We went home five days later, and we had the worst, worst snow ever, yeah? But we were lucky, really, really lucky because my daughter was due to be born that week. With all the complications that my wife had, if we had been in a position where that hadn’t been recognized, we could’ve been stuck at home in a deep snow in real big trouble, yeah.

But the story is, guys, is sometimes when you connect some of those bad things that happen to you, we think those things in advance of them happening, so it’s always, always, always best to think positive things, positive of every outcome that happens.

There’s a reason for it, but always think good things, yeah. Don’t start putting seeds in your mind about, “Oh my God, what about this? Oh my God, what about that? Oh my God, what about that” because, actually, you can make those things happen. So, be conscious in your mind what you’re doing, and when you do that, turn it into a positive thought. “No. That’s never gonna happen. That’s just silly.” Boom. Move on. And then do something else, yeah. Take your mind off it, but do not think negative things all the time. It takes a while to train yourself to do that again, but, once you start turning those negatives into positives, every thing starts to become cool.

So, the next video is why clarity and innate thinking will help you more than anything else, yeah? So, we’ll discuss that in the next video, and I’ll see you very soon. Have a great day. Ta ta now.

Need some additional inspiration check out this post on I don’t know what to do with my life for some interesting ideas.

11 Tips To Stay Positive And Healthy After An Accident

Upgrading Your Style as an Adult – Top Tips

3 Ways You Can Switch Up Your Look After Lockdown